I want to program the Fanta Challenge, but I want to use 4 robots instead of three. 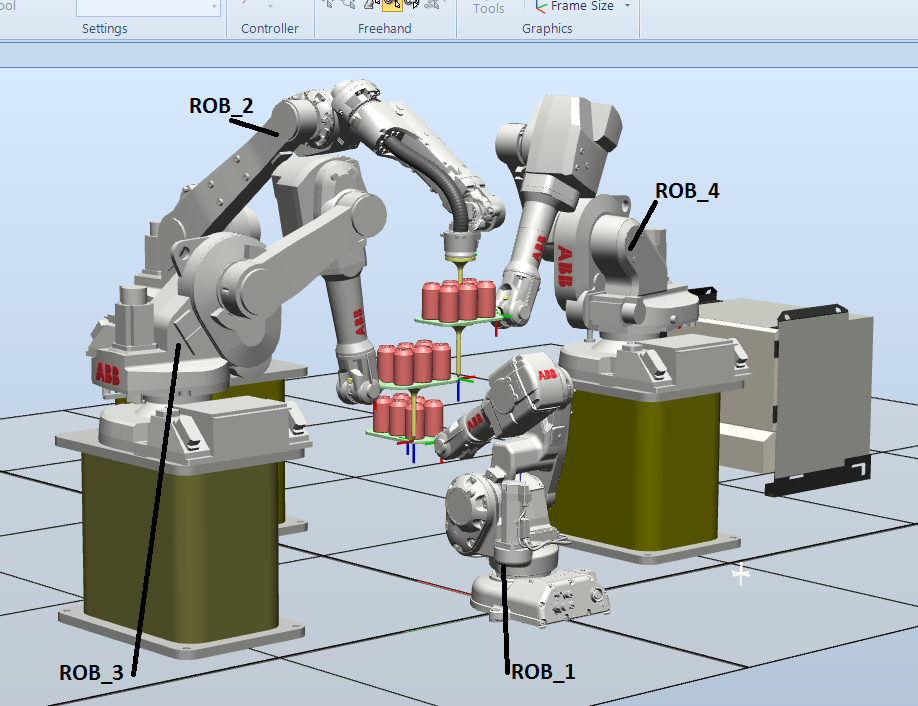 The way I set up the sistem is this:

Defining a movable workobject for ROB_1/ROB_3/ROB_4 and then running the same path in the new workobject seems the simplest way to me.

Is there a way to work around this? Any ideas how to achieve the whole coordinated system using only 1 Start_Pos (for 1 robot) robtarget? I want the whole system to be parametric so I can only change the Start_Pos robtarget and all robots would adapt.