We have two IRB4600 with SoftMove option for machine tool tending. We use Softmove to push against the part trays when picking up parts for loading. The trays are 60 inch by 30 inch, with three trays in the work zone. The robot goes from almost all the way extended to very close to the base when picking up. The problem I am having is the reduce stiffness value in the TCP Z axis needs to vary depending on where the robot is picking from. If I set it too light when the robot is extended it does not push against the tray. If I set it too heavy when the robot is in close it overloads/alarms the robot. I see there is a Force_offset_tune function to figure out the force needed to move at a point. The result is in Nm. The stifness value to push against the tray is a percentage. Is there some sort of function to map the values or some other trick to get the right force at varying points? 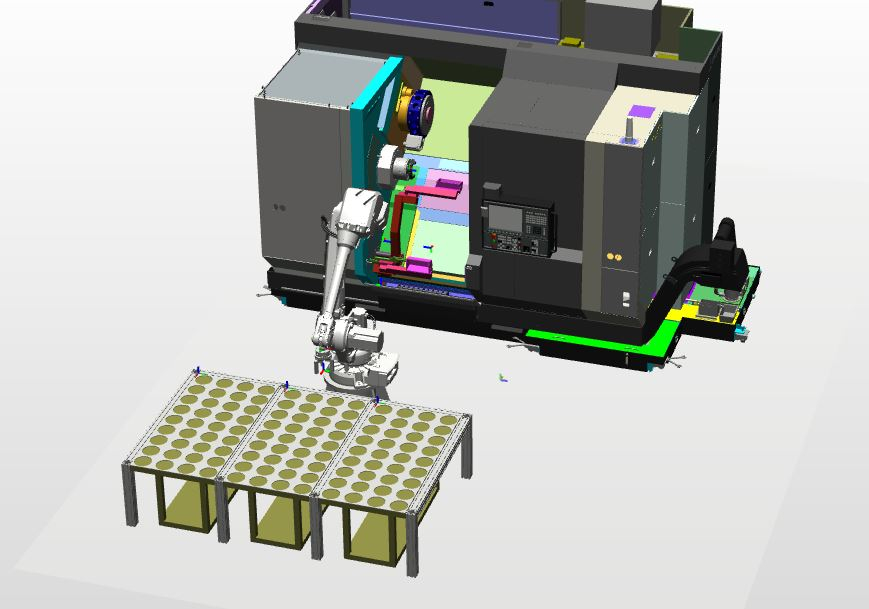 Code sample of what we are doing now. Note; I have three different values for the Fload variable depending on where the robot is, but it is not really working that well. I am looking for something more dynamic.