Rapid code is not executed

dragolollo Italy ✭
March 2020 in RAPID Programming
Hello,
I am having a problem in the execution of my code. I am using multitasking but the controller does not run it all the time, it's like it gets stuck in the start without a clear reason (it's blocked, 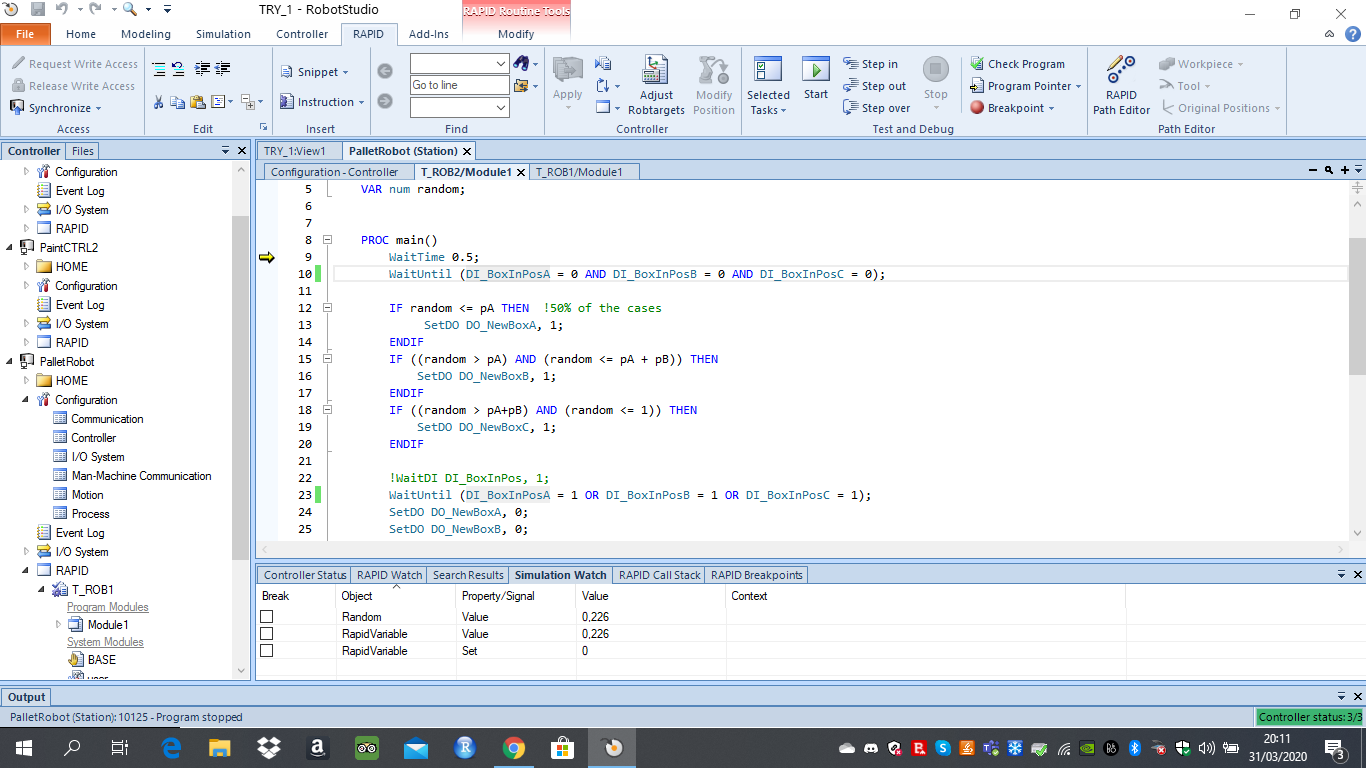 as shown in the picture, in the line with WaitTime as shown in the picture). The fact is that the code was working and I did not change, then I am sure it is correct but it stops to work. Maybe someone has some idea or had similar problems? Could it be related in some way to multitasking option?
I have noticed also that sometimes if I stop the simulation and I start it again (even after doing reset) then the controller does not run the code from the start of main().
Thank you.