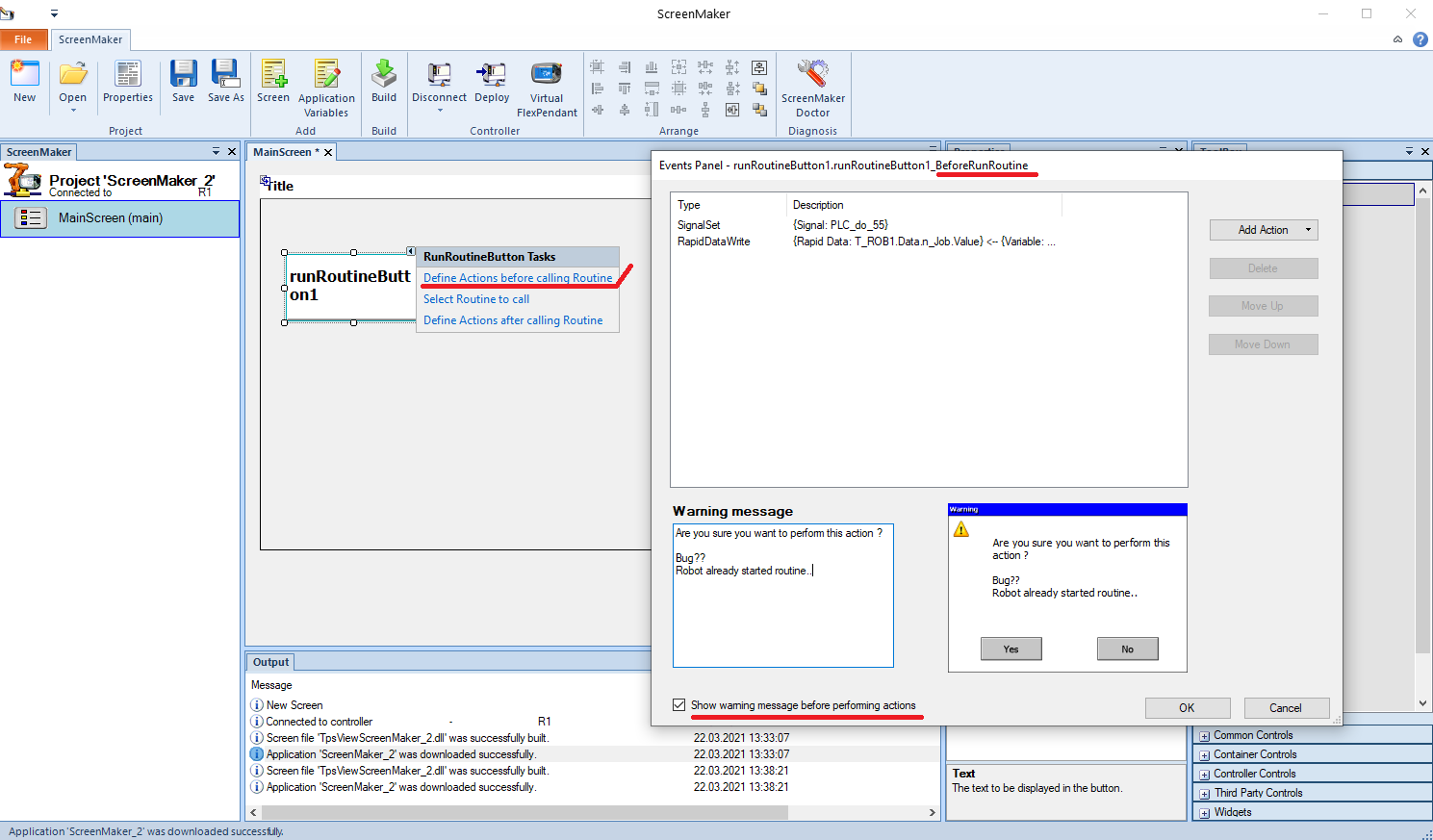 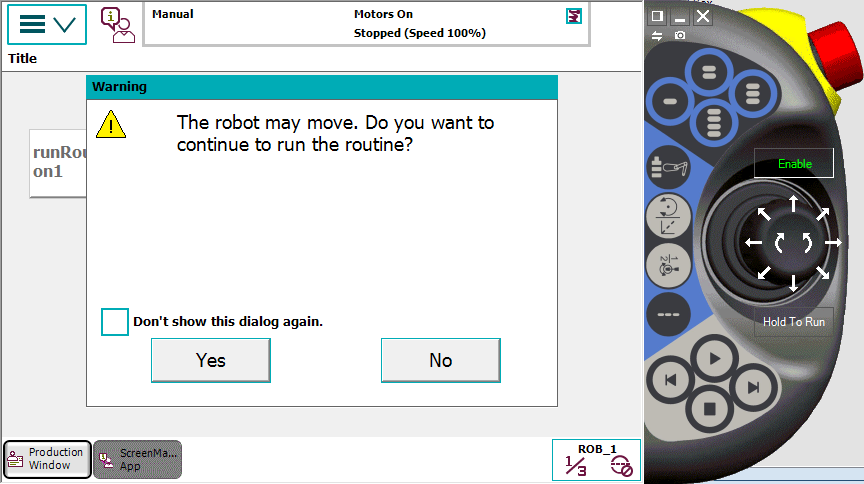 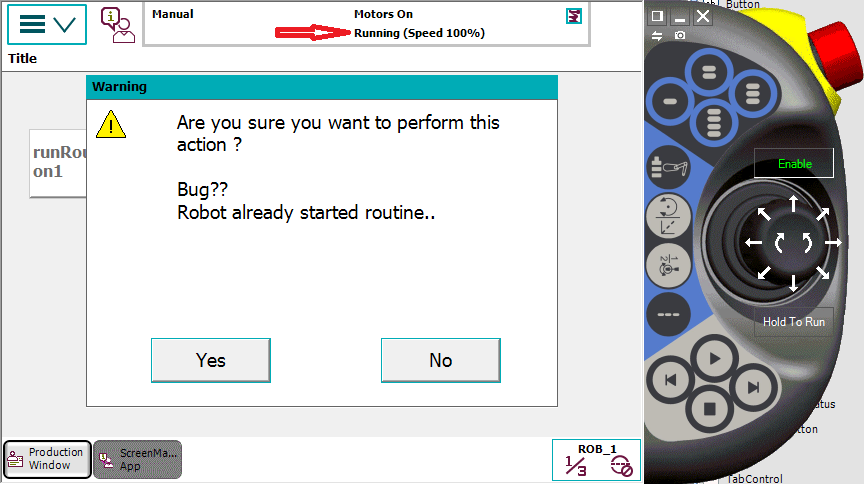 I have tested this on RS2020.02, FlexPendant SDK 6.7.1011, Rob FW 6.07.01
and on RS2021.1, FlexPendant SDK 6.11.151, Rob FW 6.11.01
When I am using "Action before Routine" call without warning message, everything is fine, changes are implemented before Routine is called.
It looks like, if you include warning message in "Action before calling Routine", then after pressing RoutineButton, and confirming Warning dialog >Robot may move<, routine is immediately called, and warning message is only if you want to implement actions, which was supposed to be taken before calling Routine..
Any thoughts/ideas?
Thank you for your support


"We're more aware of simple processes that don't work well than of complex ones that work flawlessly"
Minsky, Marvin (1986)
0