We are using IRB660 palletisers to stack aluminium ingots. A gripper picks up 5 ingots and adds them to a stack. Due to the shape of the ingots, there is clearance for the gripper plates to open without contacting the previous layer.

Ideally, we need to gently place the layer of ingots down, not drop them.

We had IRB640's with an IRC5 controller and have no issues with this.

When we updated it to an IRB660 we started getting motion supervision faults.

It looks like the fault is happening when some of the ingot weight is lifted off the gripper due to the layer being placed on the stack.

Whenever the gripper is closed, we tell it that it has a load in it (roughly 130kg's).

When the gripper is opened, we tell it the load is zero.

The problem is that some/all of the load can be taken off the gripper before it opens. Is there a way to define a transition period in the program execution where the load can be between 0 and the defined load?

Or should we just set motion supervision to the maximum tolerance when we move to place the layer and then back to a lower tolerance after the gripper has been opened? I have increased the "Manipulator Supervision Level" to 400 in the config file (Configuration>Motion>Motion Supervision) but the issue is still occurring and I don't want to cause gearbox/bearing wear in the long term.

Something else I find contradictory, on page 250 of document "3HAC050917-001 Revision: F",  it says it resets the load to zero when the program pointer is moved to main and the program is started – but in practice, we can start the robot from main with a load of ingots in it and it will move and dump the ingots without faulting on motion supervision, even though the load is about 130kg more than it is expecting... if the motion supervision level set to 400 is allowing this to happen, why is it still faulting when some load is removed off the gripper? 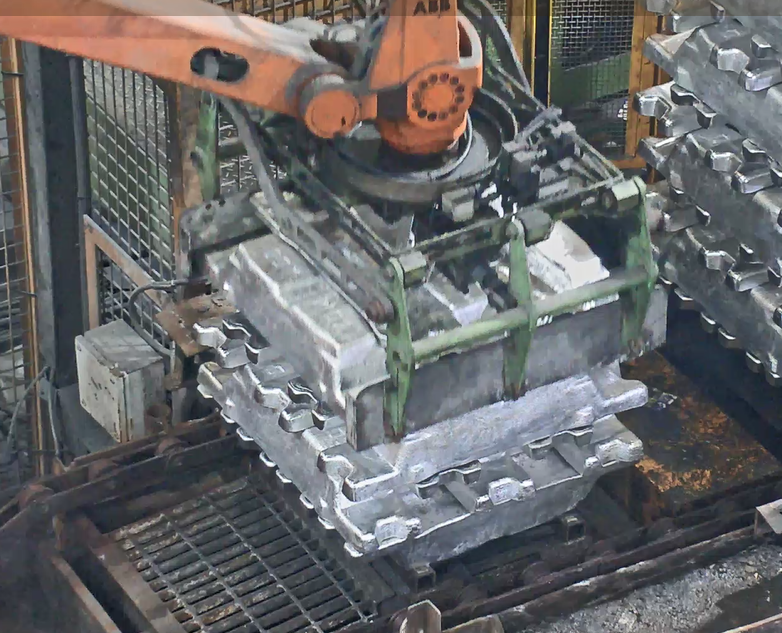