lordsikander pakistan ✭
May 16 in RAPID Programming
Hello to all..
an error occurs every time i execute the rapid code.
Rapid code to extract coordinates data from a txt file that is placed inside the robot controller Home folder of controller. 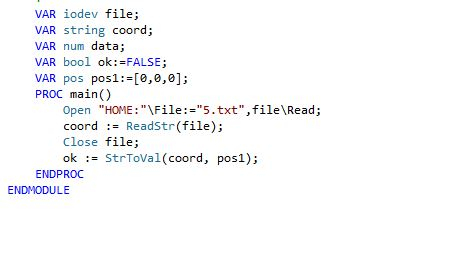