why string length is limited to 80 characters in RAPID 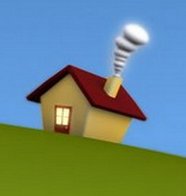 binbin ✭
November 2014 edited November 2014 in Robot Controller
Hello,
It is described in the RAPID reference manual that, "a character string consists of a number of characters ( a maximum of 80) enclosed by quotation marks".
My questions is, why to limit the string length to 80 characters in RAPID? Does there have some historical reasons?
If this limit comes from the limit of memory / CPU at the time when RAPID was invented, then this limit could be removed for modem designed Robot Controller, isn't it?
Looking forward to the reply,
BinBin
Tagged:
0