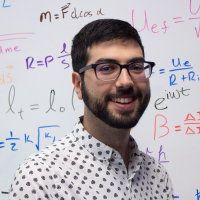 adahdouh Houston ✭
March 2021 in RAPID Programming
Hello all,
I am in the process of trying to design an application utilizing a Dual Armed YuMi, and I want to write more some procedures/functions that should be usable for either arm. For example, relative motion functions that can move the arm relative to some starting ROBTARGET or similar.
I have the issue where, I see each arm is a task, and that I have to place a module under either task, but my question is:
Is there a way to setup a system module with motion/logic functions to act as a library that can be used by either arm?
I would liken that this is similar to "standard libraries" that are installed under some /usr/local/lib type path that applications at different locations can draw like how Python does it.
Thanks in advance!
Tagged:
0